After the run-off election in May, Frazier was INDICTED in COLLIN COUNTY on 2 FELONY COUNTS. Frazier will remain on the November ballot as the "Republican Nominee."

Dallas police said that Frederick Frazier was placed on administrative leave after the department was notified that a Collin County grand jury indicted him.

Frazier faces two charges of impersonating a public servant, a third-degree felony. He is alleged to have impersonated a McKinney city code enforcement employee on two occasions — late last year and then again in early February — to instruct people to "remove campaign signage." 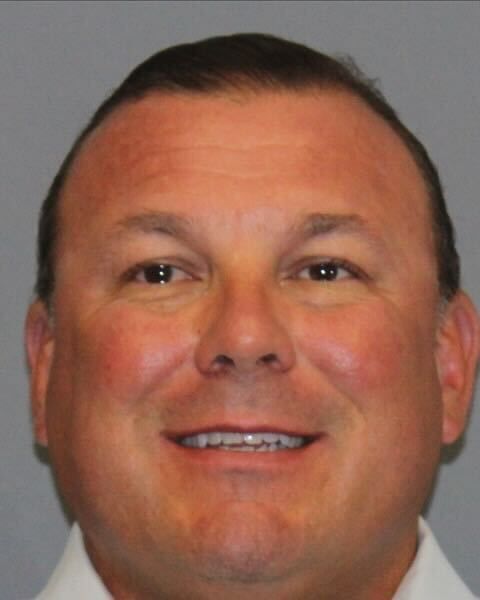 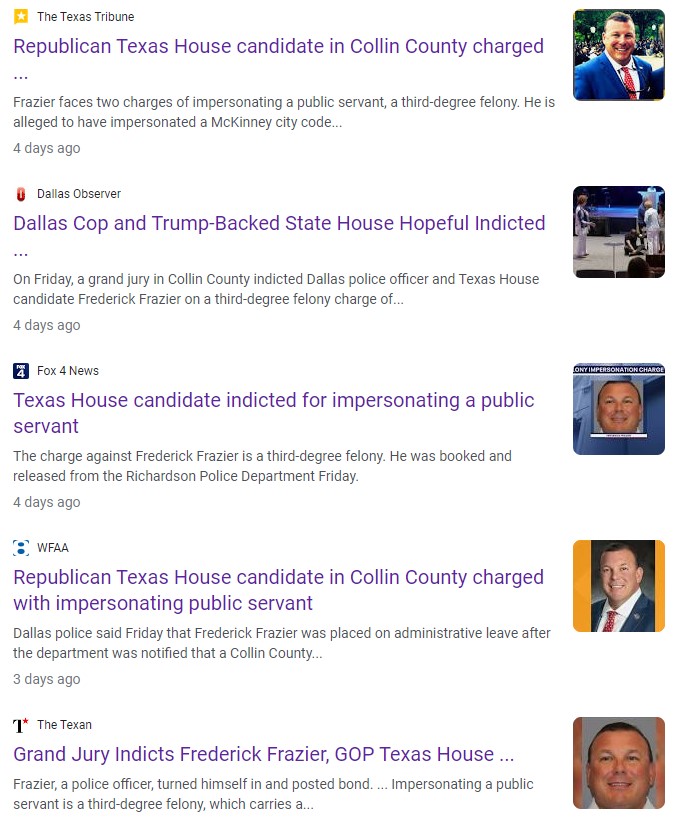 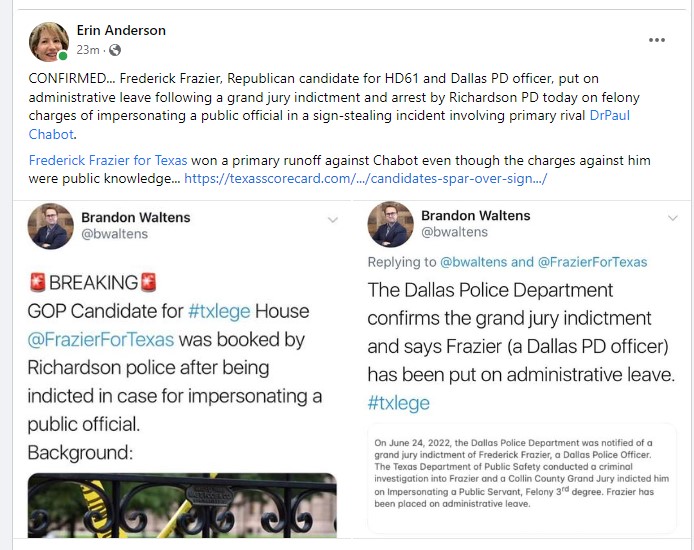 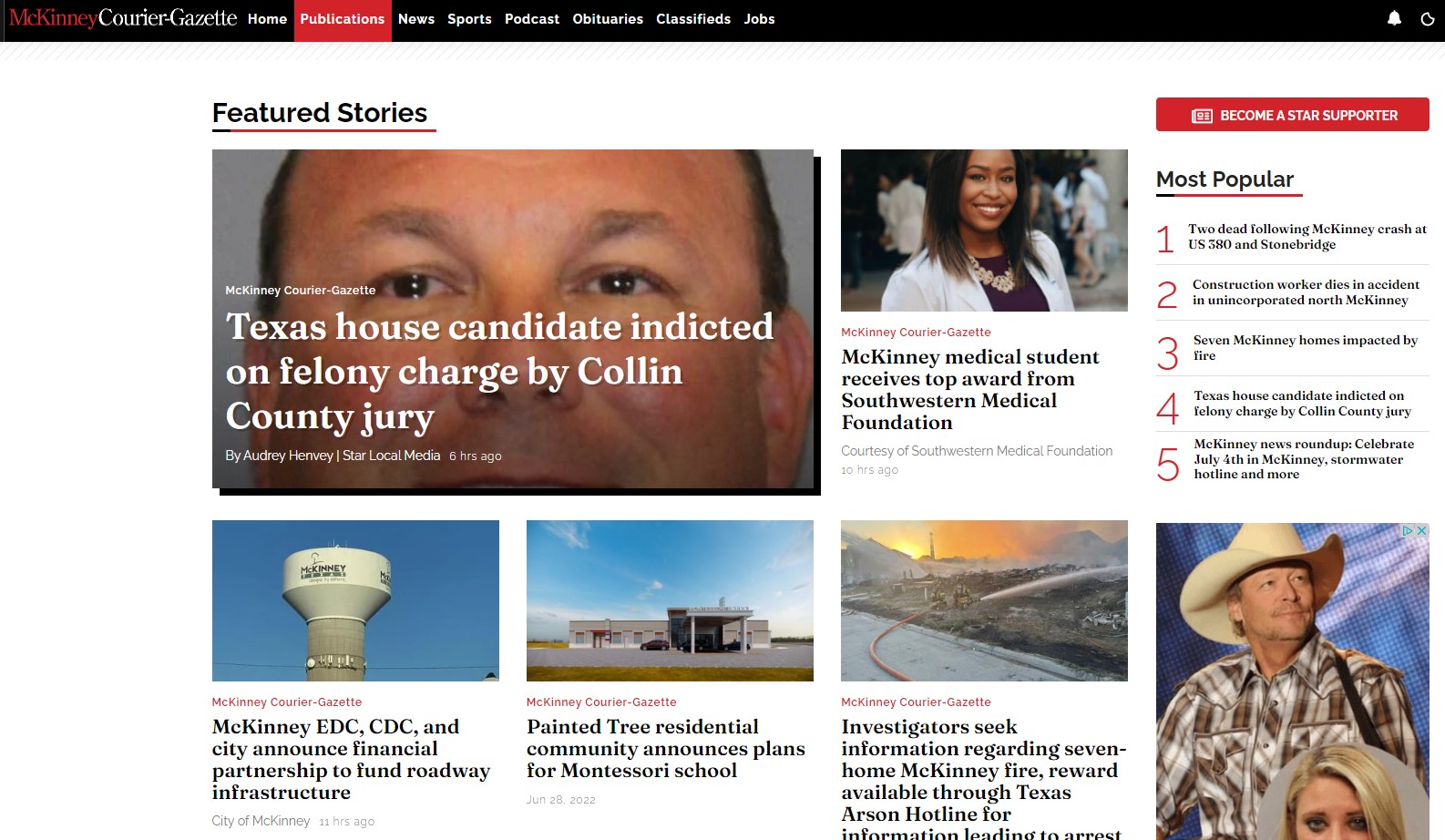