My opponent is currently under Felony investigation by a Special Prosecutor after the Texas Rangers completed an investigation into alleged criminal conduct.

To that point, my opponent is doing everything he can to distract voters from this bombshell. This is a long read with lots of images and text, but in the end, you will see, clearly, what we are up against, and why we must defeat dishonesty and darkness at every corner.

In one of the absolute most disgraceful attempts to win a campaign at all costs, my opponent has attacked my military record, my rank, my navy station, and the fact that I am a disabled veteran.

Yet, my opponent, who has NEVER served in the military somehow believes that any human being who can "walk" is not disabled. How low can one go? Leave it to Frazier to find a new bottom.

I, like many Veterans, have suffered injuries ranging from traumatic brain injuries, hearing loss, PTSD, torn ligaments, and much more.  Since when in America do we allow a candidate to attack someone, let alone a Veteran, for their disabilities which should be private to the Veteran and their families?

Yes, I served in Iraq, as an Intelligence Officer with Joint Special Forces. I served in multiple combat zones and traveled from Mosul to Fallujah to Balad to Baghdad (below is my record).

Next, I am a proud Disabled Veteran, a member of the Wounded Warrior Project, and a Life Member of Disabled American Veterans (below is a copy of my DAV ID Card).  I proudly share my issues in groups with Veterans and their families, as I have done since my return home from Iraq.  And my injuries are no damn business of Frazier's.

Yes, I am a Commander in the U.S. Navy and retiring (below is a copy of my record of promotion to the rank of Commander).

Yes, I am stationed in Fort Worth (see below).

But look, let's be honest. Frazier is throwing everything he can at me for two reasons.

1) Polls show him losing this race

2) He is attempting to draw attention away from his own problems, including the current Texas Ranger Felony Investigation and pending felony charges. ABC broke the story and you can watch it here.

Today, I call upon all those who have endorsed Frazier to immediately withdraw their support. He is unfit for office.

Voters, I need you. Fight with me. Vote. 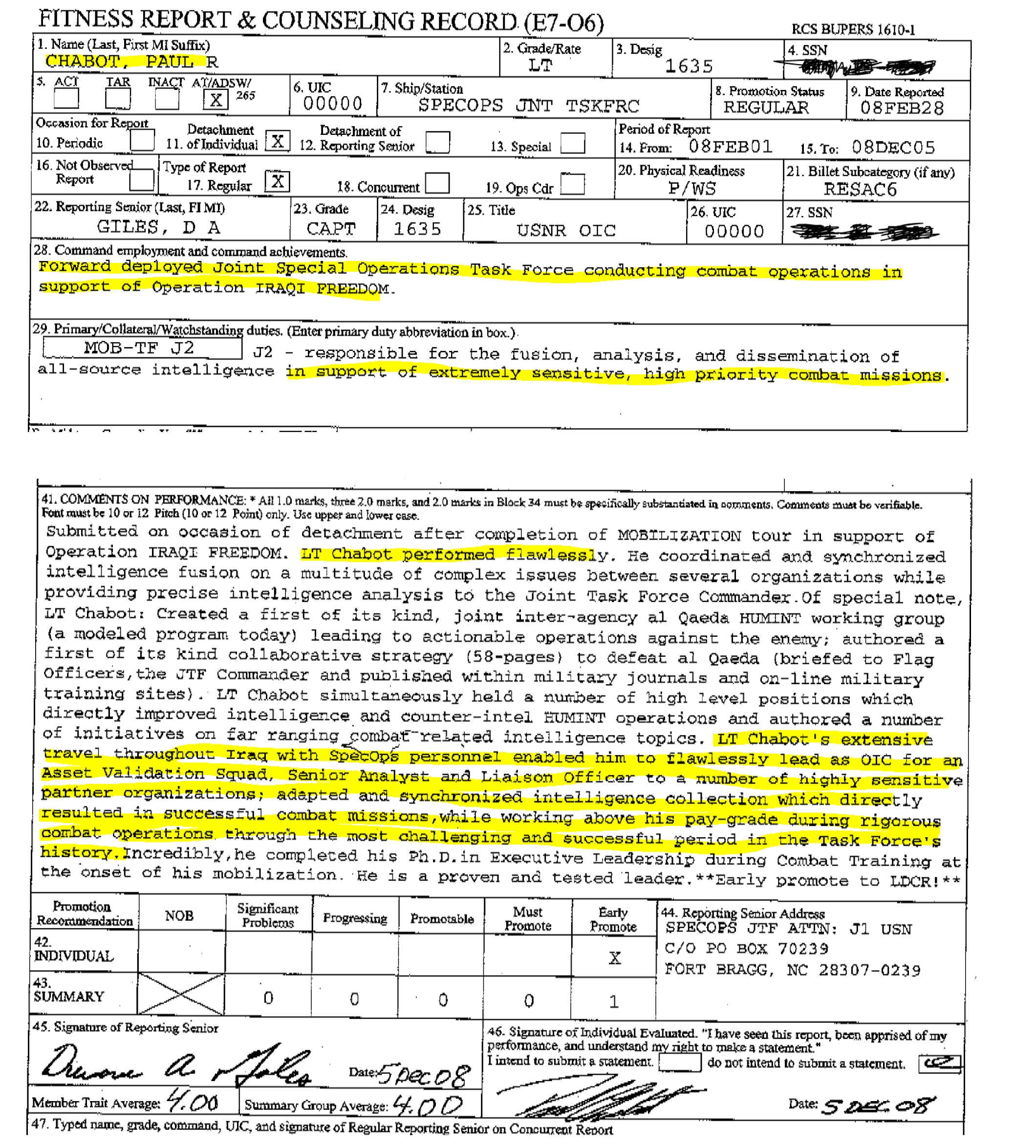 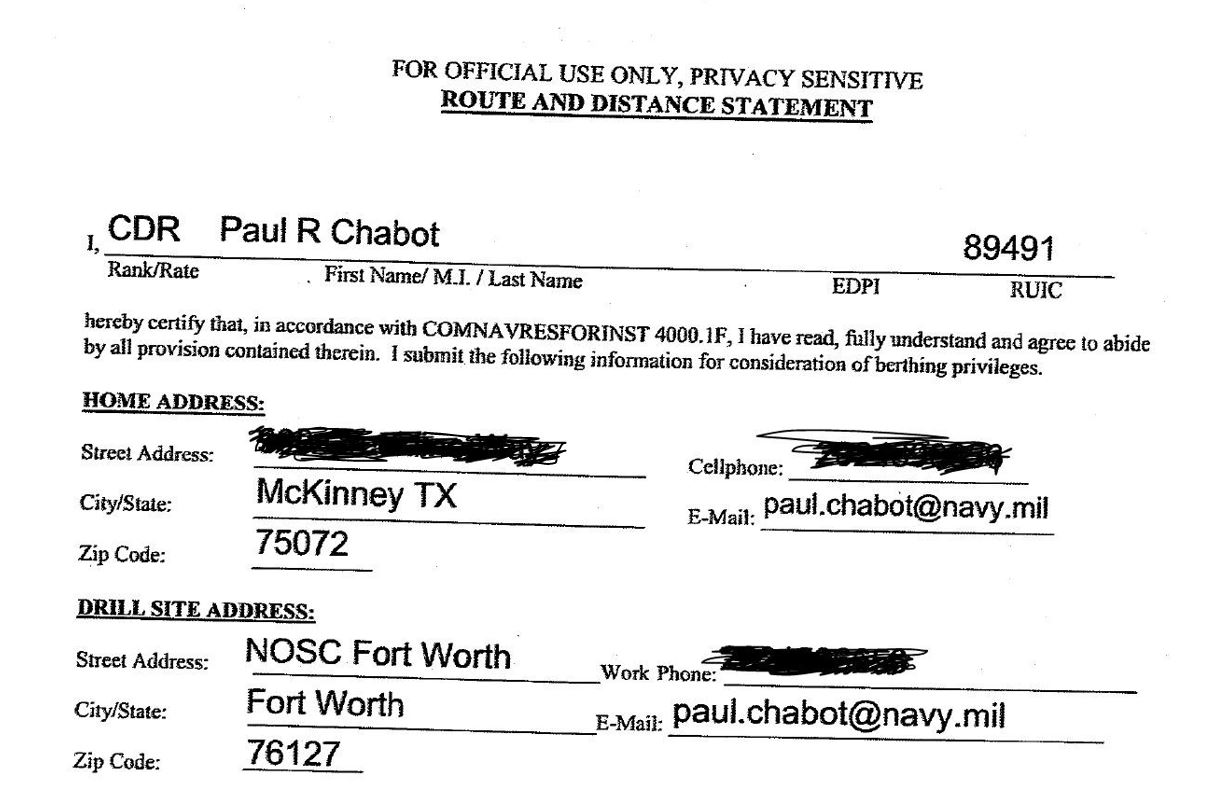 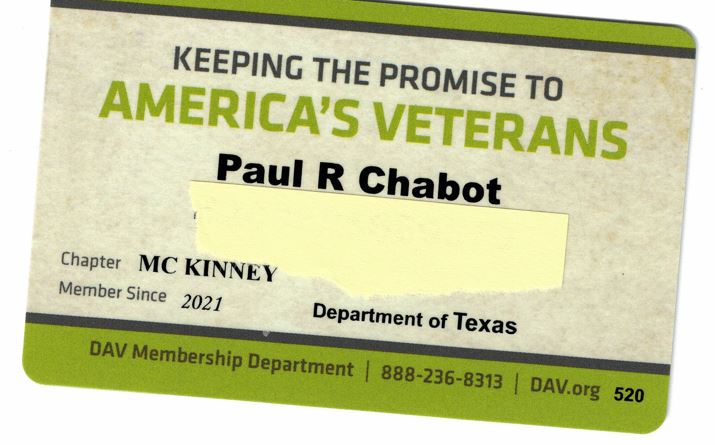 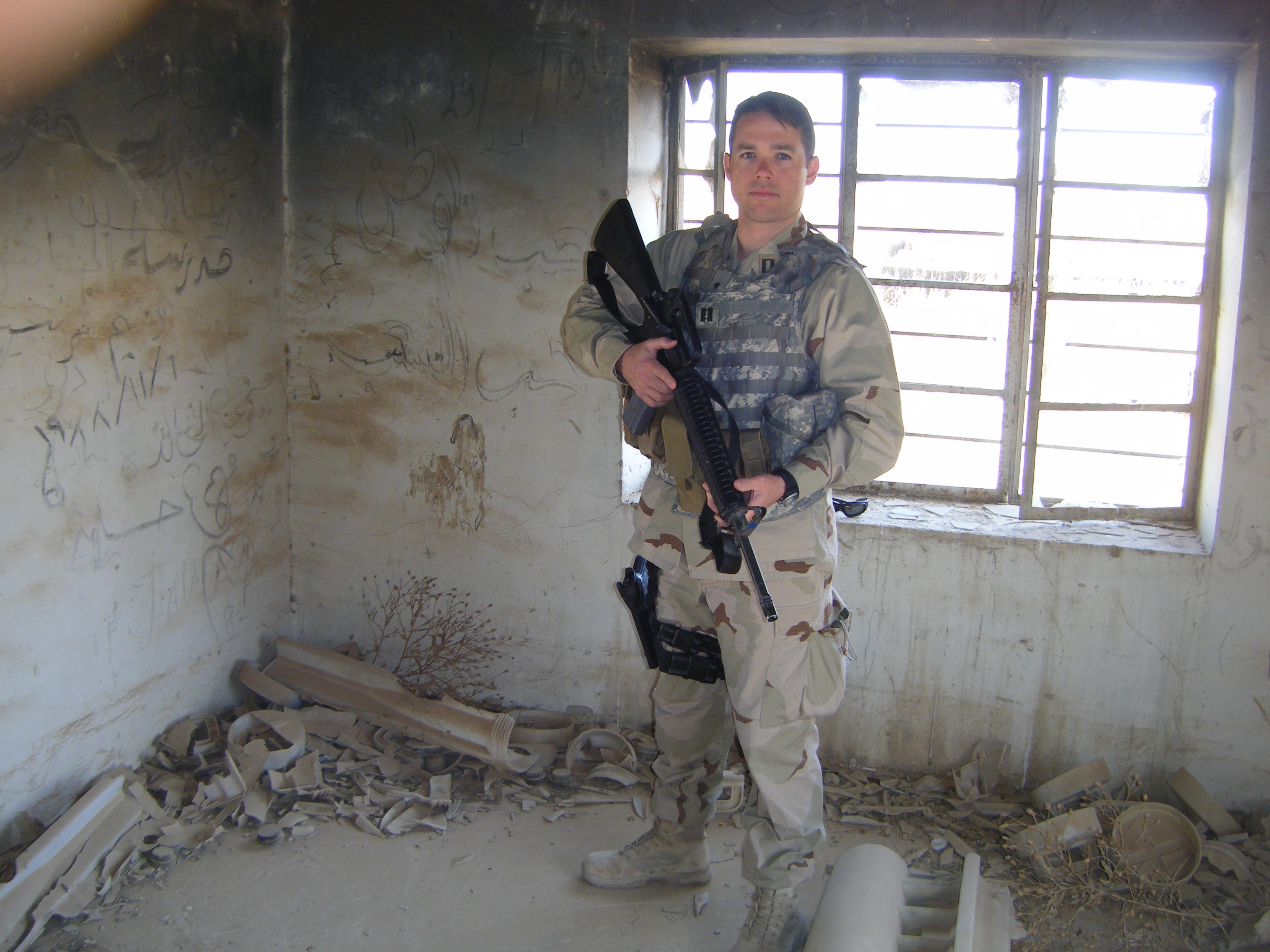 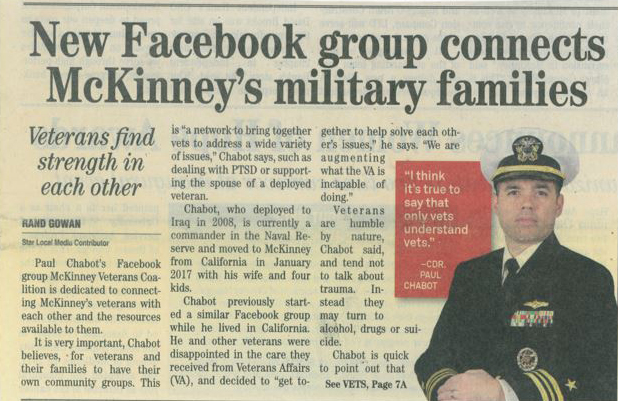 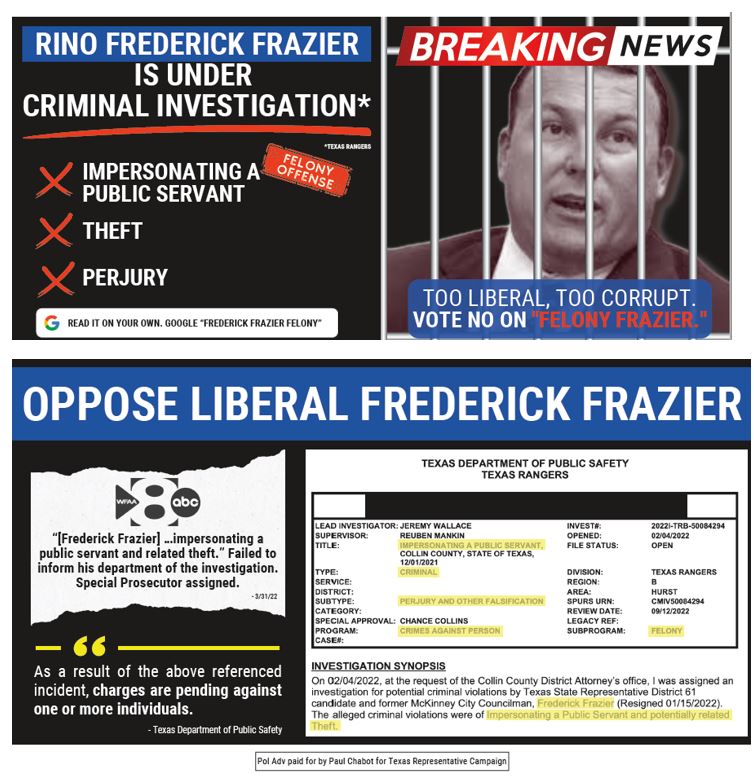 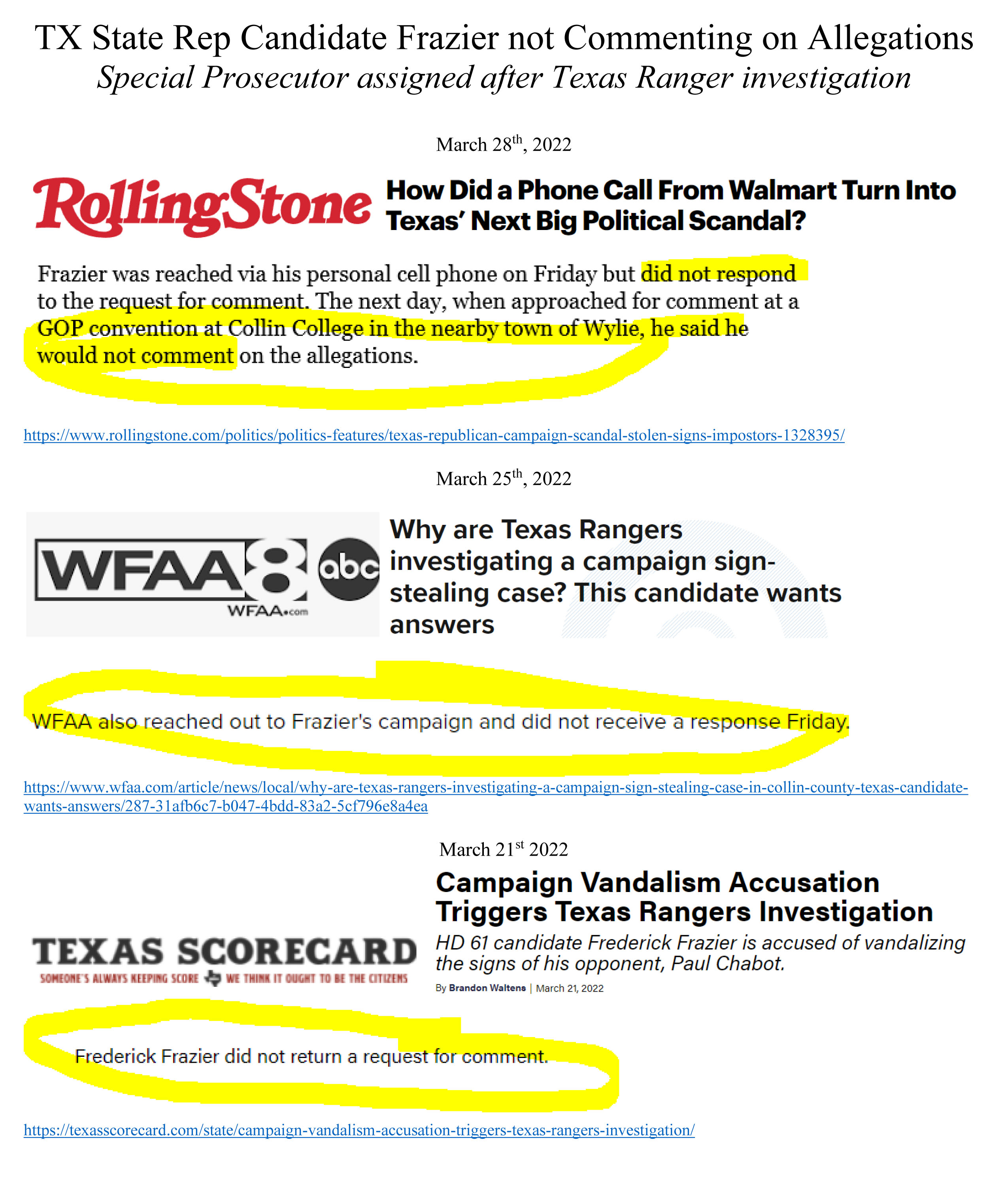 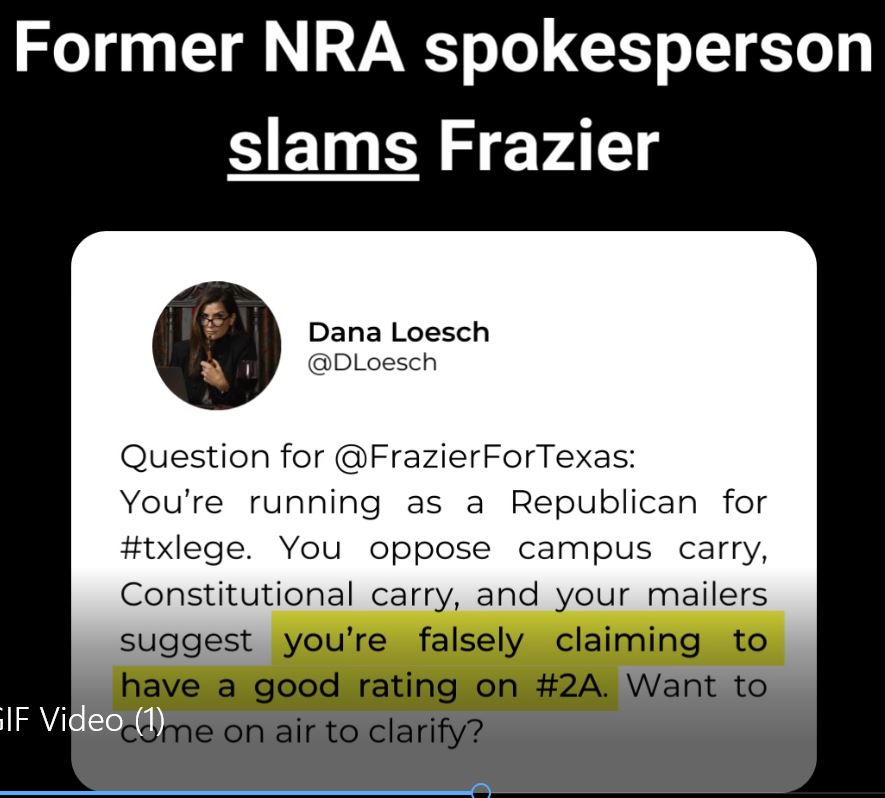 Frazier was investigated by Texas Rangers for Felony. Special Prosecutor Assigned.  Also failed to inform his police department he was under investigation. This is breaking: https://www.youtube.com/watch?v=EFKpGrJjprQ

Frazier was once sued by the widow of a slain Dallas police officer for mismanagement of funds for the police charity he ran. https://www.globenewswire.com/news-release/2017/06/29/1031950/0/en/Widow-of-Slain-Dallas-Police-Officer-Files-Lawsuit-Against-Dallas-Police-Association-Assist-the-Officer-Foundation-and-City-of-Dallas.html

Comment recorded during the 2022 Primary debate. This is in stark contrast to the GOP 2022 Primary Ballot Proposition #6, where more than 80% of GOP voters made it clear that Democrats should not Chair committees.

Frazier opposed the Taxpayer Transparency Act of 2019 (HB2/SB2) in the 86th Texas Legislative Session. The most significant tax reform passed in Texas in over a decade, requiring local taxing entities to limit property tax revenue growth by 3.5% annually or face direct voter approval. Property Tax Reform and provisions similar to those in the Taxpayer Transparency Act were supported overwhelmingly by the public, with some polls showing public support above 90 percent. https://capitol.texas.gov/tlodocs/85R/witlistbill/pdf/SB00002S.pdf#navpanes=0)

During the Covid pandemic, McKinney's Mayor signed an emergency order prohibiting thousands of McKinney residents from working and earning a living as they were "non-essential." McKinney is the only city in Collin County to pass such an emergency order or city ordinance restricting citizens' ability to go to work during the pandemic. Frederick Frazier voted to pass an ordinance to codify Mayor Fuller's restriction of the McKinney citizens. The new city ordinance was so restrictive that Governor Abbott issued a statewide executive order less than ten days later, effectively gutting the city ordinance.

A Deeper Dive into Mr. Frazier’s Comments on Guns

In opposing constitutional carry, Frazier stated.  “There is no training. So those ceiling shooters are going to be the people carrying the gun and where that bullet goes, who knows? Because there’s been zero training and zero background check, that’s a recipe for disaster.” WFAA Dallas June 8, 2021

On HB 1911:  Frazier took part in in a Texas Police Chief’s Association press conference against HB 1911, a 2017 Constitutional Carry bill.  He registered his opposition to the bill in House committee but did not testify.

Some lawmakers initially wanted to make it illegal for police to stop and question someone openly carrying a gun solely because the person was armed. But that measure was thrown out after police opposed it. They said it would have hindered officers on the street from being able to enforce the law. “The provision was like tilting the table against law enforcement,” said Frazier, who’s also the first vice president of the Dallas Police Association. “We have to verify good guys with guns. Police must strike a delicate balance between trying to prevent panic and not infringing on gun rights,” Frazier said. For example, he said, “it’s legal for someone to carry a gun on a crowded city street, but it may not be the “smartest or most common-sense” choice because it could incite fear.” Dallas Morning News, May 27, 2015

The Senate’s debate of open carry was turned on its head Friday when Huffines offered his amendment, which originally was added in the House and then deleted in a Senate committee. Under his amendment, officers would not be able to stop people carrying handguns and ask for their license. Huffines, who was joined by Sen. Royce West, D-Dallas, argued that police officers wouldn’t be limited by the provision, since it applied only to situations in which a person was doing no wrong. On Wednesday, Dallas Police Association vice president Frederick Frazier said his department was frustrated that Huffines had not consulted law enforcement before pushing for the amendment. Daily Texan October 16, 2015

This summer when the NRA-backed campus carry bill passed through the Texas Legislature and the individuals who best understand guns on campus and have the most to lose from it were entirely ignored.

This blatant disregard for the voices of police officers is not unique to campus carry, either. Seventy-five percent of police chiefs in Texas oppose open carry. Frederick Frazier, Dallas Police Association vice president, was among those openly frustrated that his representative was not working with him on the bill.